Home insurance is a vital – though optional – purchase that helps protect your home from both natural and man-made disasters. Despite sky-high home values and higher property crime rates, Hawaii occupies a middle ground when it comes to the price of its home insurance premiums. There are however some gaps in insurance that may necessitate a homeowner purchasing separate insurance for floods, lava flow, and earthquakes, depending on their location. To find the best Hawaii home insurance, its a good idea to get a picture of the kind of policies the state offers, as well as the risks Hawaii homes face.

Home insurance rates in Hawaii hover just under the national average of $1,211, with premiums averaging at $1,102 according to the Insurance Information Institute. This places Hawaii among other states with middling home insurance prices, like Kentucky and North Carolina, with $1,109 and 1,056 premiums respectively. Renters insurance in Hawaii is also middling, with an average premium price of $185 that exceeds the national average by a mere $5. Similarly priced states for renters insurance include New Mexico, with premiums of $187, and California, with premiums of $182.

While the state of Hawaii doesnt require you to buy home insurance, if you have a mortgage or lender they will likely make it a condition of the loan. Most standard home insurance in Hawaii will pay for damages to a home or property caused by certain perils or damaging events like wildfires or windstorms. Below are some common things Hawaii home insurance will cover:

As Hawaii is a small series of islands within the mid-Pacific, containing several active volcanoes and along a hot spot in the Pacific plate, homes run the risk of damage from a gamut of natural disasters – including and especially those listed below.

While hurricanes rarely make landfall in Hawaii, the state suffers its fair share of tropical storms, tsunamis from underwater earthquakes, and floods. The Central Pacific hurricane season runs from June 1 to November 30, and during this time many homes may suffer from flood damage that is not covered in standard home insurance policies. Flooding is the most common natural cause for damage in Hawaii – to obtain flood insurance, you may go through a company or directly purchase from the federal National Flood Insurance Program.

Most earthquakes occur in and around the island of Hawaii, concentrated in the southern portion of the island where several of the states active volcanoes lie. These earthquakes are caused primarily by the movement of lava within these volcanoes. Although Hawaii experiences thousands of earthquakes every year, only a small proportion of them are severe enough to be felt (generally 3.0 magnitude earthquakes and above) with the kinds of earthquakes that cause severe property damage being fewer in number. According to the US Geological Survey, annually Hawaii can expect ten earthquakes M4 and above, and one earthquake with a magnitude of 5 or above. They also can expect on average one magnitude 6 earthquake every ten years. Earthquake insurance is not offered by standard Hawaii home insurance and must be purchased separately. But particularly for homeowners on the island of Hawaii, it can be an important purchase as destructive earthquakes will occur in the area many times over the course of long-term home ownership.

By no means does Hawaii have the most fires when compared with states such as California and Colorado. Yet for a relatively small number of annual fires (155 in 2019, according to the Insurance Information Institute) a comparatively large number of acres burned – close to the number of acres burned in Kentucky, which had almost five times the number of wildfires. Thats because the ecology of Hawaii is particularly ill-suited for the dangers of wildfires, which spread easily in an environment whose native plant life does not naturally resist or recover from fire. Although standard home insurance protects from losses due to wildfire, this is something to bear in mind as you purchase a home in the state.

Lava flow is a risk to homes pretty much unique to Hawaii within the United States. Lava flows from active volcanoes are frequent, but although they are slow and easy to predict, they can cause incredible damage to homes and infrastructure. The US Geological survey identifies volcanic hazard zones across the islands, but these zones have been subject to change over time. If you live in a high-risk area, you may need to add additional lava flow coverage to your existing policy

Home insurance premium prices are affected by numerous factors – not only the value of your home, but also information related to your homes location, like crime rates and proximity to a fire station. Even your personal characteristics, like good credit and having a college degree, can affect the total amount you end up paying for home insurance. Considering this, it can be useful to know the following information:

Your homes value is the standard measure upon which all of your insurance coverage is based on. Insurance companies can evaluate home values based either on replacement cost or actual cash value. Replacement cost is how much it would take to rebuild your home using similar materials and with current labor costs. Most insurers require insuring for at least 80% of your homes replacement cost. Insuring for actual cash value means youre insuring for the actual market value of your home, which means that wear and tear as well as current market conditions can affect the value. Actual cash value is more often the way older homes, such as those built before 1900 are insured.

Hawaii is far and away the state with the most expensive home values: $642,546 according to the Census Bureau, around 2.5 times the national average of $248,857. The market value of homes in Hawaii may not perfectly correlate to the replacement values insurance companies will calculate. The market value of a home includes the price of land, which is particularly expensive in Hawaii even when the materials Hawaii homes are built with arent especially valuable. Home replacement value doesnt take into account the cost of land, so the insured value for the exact same kind of home would be the same whether it was located on a beachfront or by a garbage dump site, though the market value would change based on the land that came with the home property.

Your Income and Education

Good credit and a higher education can help you get good rates when buying insurance. In any case, higher incomes make the payments easier! The most recent information from the Census Bureau puts the average household income of Hawaii at $78,084, which is quite a bit higher than the national average of $63,179. As for educational attainment, Hawaii is around the national average, with 32.5%  of adult over the age of 25 having earned a bachelors degree or higher (compared to 32.06 nationally)

Where To Purchase Home Insurance in Hawaii

So, how can you use this information to get yourself the best home insurance in Hawaii? By shopping around, of course! Agilerates.com can help you compare the rates and policies of a plethora of top insurers. This is useful even if youre not a new homeowner, as every year your home insurance policy renews, giving you the opportunity to compare rates and find the most competitive plan. According to the Pulse Whitepaper from iii.org, only 44% of homeowners compare prices of different insurers at renewal time, and only 17% do so online. That means more than half of all homeowners are leaving money on the table at renewal time. Use Agilerates.com online form to get matched with a local agent, get free quotes, and shop around! 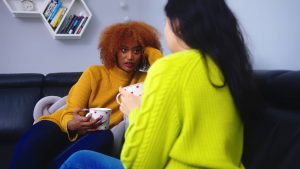 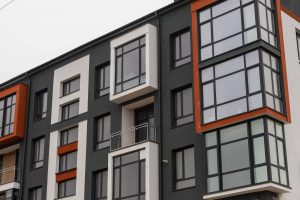